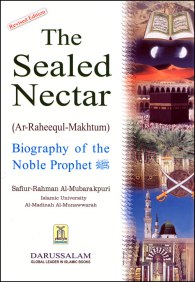 The Sealed Nectar is a work written about the blessed life of the Noble Prophet (Sallallāhu Alaihi Wa Sallam). It was written in Arabic originally and then later translated into English, there is also an Urdu translation available. The book was entered into the worldwide competition of the Sīrah of the prophet (Sallallāhu Alaihi wa Sallam) which was held in Makkah Mukarramah in 1979. The author, Shaykh Safiur-Rahmān Al-Mubārakpurī, won a grand cash prize of 50,000 Saudi Riyāls after ‘Al-Rahīq Al-Makhtūm’ secured first place in the competition. This made it arguably the best Sīrah book in the world.

The author began writing this book after news reached him about the competition in 1979 which was to take place. His student mentions that Shaykh locked himself in his library for four months and didn’t leave except for necessities! He wrote the book while residing in his village in India. 400 books were entered into the competition and The Sealed Nectar came out on top.

I would describe The Sealed Nectar as an excellent book which provides a balanced overview of the blessed life. The author does not delve too deep into intellectual intricacies and scholarly discussions nor does he limit it so much that the readers thirst is not quenched after completing it. I can confidently say that the author successful met his objective by sufficiently covering the complete Sīrah.

One advantage of the book (from a student’s perspective) is that the author very beautifully incorporates relevant Quranic verses throughout. This gives a brief insight into the background and reasons of revelation.

The book is heavily referenced with authentic narrations and reliable books of history. These are included in the bibliography.

An advantage (from a non-student’s perspective) is that it is relatively easy to understand and the author has written it chronologically while covering the geographical aspects and has provided diagrams at certain points. For example, a map displaying the Mount Uhud and the tactics used during the battle.

The only con which comes to mind is regarding the translation. Personally I didn’t find any faults with the English translation, however Shaykh Yāsir Qādhī (who was a direct student of the Shaykh Safī’ur Rahmān) mentions that the English translation was not done up to a good standard (The word Shaykh used was ‘terrible’!). He mentions it is a weak translation which could be done better. If you can read Arabic or Urdū I would recommend (based on Shaykh’s feedback) that you read them instead, however The English version is also an excellent read in my opinion, so there is no harm in reading that.

The print I used was the Dārus Salām second edition hard back. The price varies from £10 to £20 however a PDF version is available.

Paper Quality – GM is not recorded however the paper is of high quality.

Typography – Font used for English was quite clear and welcoming to the eyes. Not sure of the font name (for those interested in typography). The font used for the Arabic texts was also easy to read and full with diacritical marks (I’rāb).

I would recommend this book to both students and non-students alike. I would advise that the reader should have a minimum of a little brief background knowledge of Sīrah. This may help in understanding certain terms used.

May Allāh overlook any shortcomings.

A Trip to the Land of Scholars & Saints – Book Review 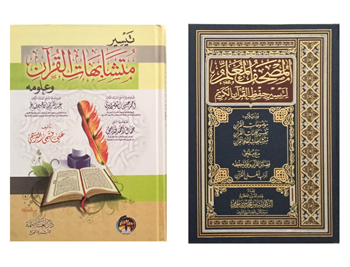