Why have muḥaddithūn narrated mawḍūʿāt and compiled books on it?

There are three main reasons for this:

1. To make its falsehood known: Muḥammad ibn Rāfiʿ says, “I saw Aḥmad ibn Ḥanbal in the gathering of Yazīd ibn Hārun with the book of (Zuhayr from Jābir al-Juʿfī— a liar) I said to him: ‘Why do you prevent us from Jābir al-Juʿfī but write from him yourself?’ He replied: ‘So that we may recognise him (as a fabricator and thus be able to distinguish his fabricated ḥadīth from the sound ones).’”

2. For iʿtibār (consideration): the ḥadīth will be written and ‘kept on the side’ in case it can be used in the future to give strength to other sound ḥadīths that may be discovered by the ḥadīth scholars.

3. The iʿtibār will then prove that although narrated by a fabricator, this is one of those instances when a fabricator/liar has spoken the truth. Keeping this in mind, a ḥadīth scholar writes everything he can in the beginning and then will distinguish the sound from the forged at a later stage.

Imām Sufyān al-Thawrī was asked, “You narrate from al-Kalbī?!” to which he replied, “I know his truth from his lies.”

Some signs of a mawḍūʿ ḥadīth:

2. A fabricator accidentally or indirectly exposes himself that he has fabricated. For instance, the time and place he mentions are inaccurate.

3. A large group of ḥadīth critics agree regarding him being a fabricator.

4. A clue in the narrator alludes that he has fabricated such as the story of Giyāth and the pigeons when he narrated the ḥadīth: “There should be no awards (for victory in a competition) except on arrows, camels or horses.” (Sunan Nasāʾī, 3586) and added the part “and in pigeons (aw janāḥin)” to appeal to the caliph.

5. A clue in the report itself indicates that it has been fabricated, such as poor language, and it also contradicts sound logic (belonging to the muḥaddithūn of the field).

6. Something seemingly dramatic occurred at some period of time, but only one narrator seems to be narrating it.

7. Something was seemingly prescribed upon a body of people, but strangely only one person narrates it.

8. Poor word usage and sentence structure. This is only when the narrator claims that they are the words of the Prophet (ṣal Allāhu ʿalaihi wa sallam).

10. Imām Ibn al-Qayyim mentions that sometimes the narration sounds silly, and is, therefore, a sign of it being a fabrication, for instance: “If rice was a man, it would have been forbearing; no hungry person has eaten it except that it satisfied him.”

An example of a ḥadīth fabricated to support one’s claim

Sayf ibn ʿUmar at-Tamīmī said: “I was with Saʿd ibn Ṭarīf when his son came to him crying. Saʿd said to him (his son): What happened to you? The son replied: The teacher hit me! So Saʿd said: By Allāh! Today I will embarrass them all! He proceeded to say: (Fabricated ḥadīth→) ʿIkrimah narrated to me from Ibn ʿAbbās (raḍī Allāhu ʿanh) that the Prophet of Allāh (ṣal Allāhu ʿalaihi wa sallam) said: ‘The teachers of your children are the worst of you; they have the least mercy to the orphan and are the harshest to them.’”

Imām Ibn al-Jawzī has gathered many narrations in his Kitāb al-Mawḍūʿāt: 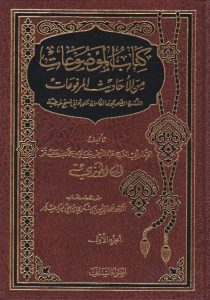 Imām Ibn al-Ṣalāh (raḥimahullāh) claims that some of the narrations which he has included actually fall under the category of Ḍaʿīf. Commentators clarified that there are also narrations that could come under the category of Ḥasan and even Ṣaḥīḥ. Therefore, a person cannot simply quote Imām Ibn Al-Jawzī and conclude that a ḥadīth is fabricated. Even if a narration is graded as Mawḍūʿ in his Kitāb al-Mawḍūʿāt, a person will have to make further research. This causes the book to lose its original worth because any narration could either be authentic or fabricated. So unless a person is knowledgeable, he will not be able to derive proper benefit from this book.

Due to this, Imām Ibn Ḥajar (raḥimahullāh) suggested that someone should work on revising Imām Ibn al-Jawzī’s book, clarifying which ḥadīths are not Mawḍūʿ and adding the numerous Mawḍūʿ narrations which he left out. 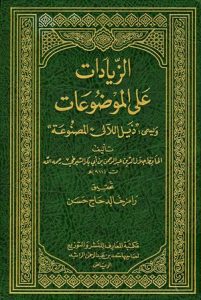 There are some narrators who have purposely fabricated ḥadīths and attributed them to the Prophet (ṣal Allāhu ʿalaihi wa sallam) for various reasons. Then there are other narrators who have transmitted acceptable ḥadīths — for whatever underlying reason of theirs — but then later made fake confessions about those ḥadīths being Mawḍūʿāt (fabricated narrations). This is either because they wanted people to stop practicing on that ḥadīth or the ḥadīth no longer helps their ulterior motive, etc. Hence, the question arises, is a fabricator’s confession alone in itself sufficient to prove that a ḥadīth is fabricated?

“He has mentioned the confession of a narrator as a part of it (the indications of fabrications), and this is sufficient in rejecting him (as a reliable narrator). However, this is not a decisive proof in that the narration is truly a fabrication, due to the possibility that he can lie in his very confession.”

To summarise, ʿAllāmah Ibn Daqīq al-ʿīd has said that a fabricator’s confession alone cannot give us a firm conviction that the ḥadīth is Mawḍūʿ, however, the fabricator himself will be rejected. This is because if he is truthful about having fabricated a ḥadīth, then that is that. If not, then he is still lying now about having fabricated it, so either way, it comes down to the fact that he is a liar.

“The answer to this is that if that ḥadīth is not known except through the fabricator’s chain, then his confession would render his narration unacceptable.”

Thus, if his ḥadīth has been narrated only via his chain, or if there are external signs to prove that the person did indeed fabricate, then all the more reason to accept his confession. In conclusion, a fabricator’s confession does not give a full conviction (and neither does it have to), so we must look for supporting chains to further clarify the matter. However, due to the fact that he is lying, either way, this narration of his will be disregarded.

Written by The Hadith Disciple

Ustadha Sabrina (The Hadith Disciple) graduated from the ‘alimiyyah program of Madrasah Khairul Ummah in Toronto Canada in 2016. She then completed the memorization of the Qur‘an in 2018. In 2020, she graduated from the Ifta program of Darul Ilm Birmingham, U.K. Ustadha continues to carry out research and issue fatawa under qualified scholars. She is currently specialising in advanced Hadith sciences.

A Student of Knowledge and Mental Illness

Ten Adab of Seekers of Knowledge

What to do After Graduating ʿĀlimiyyah?