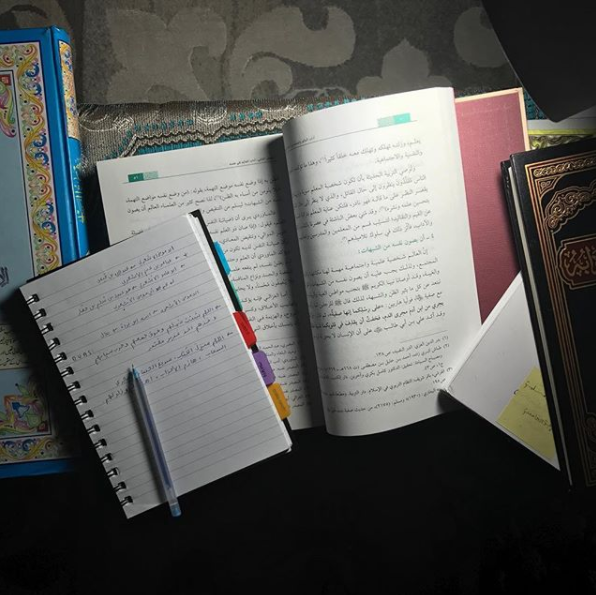 When reading ḥadīth, names like “‘AbdAllah bin ‘AbdarRahman” etc. are usually what we read and find normal, but then we may encounter titles like “Ghundar” or “Masrūq” and “Ābil Laḥm” and wonder, what a strange and abnormal-sounding-like name?

Below is a collection of some of the famous titles given to narrators that you may find in the chain of narrators, and who these titles belong to:

▪️Abū Turāb; title of:
Sahābi `Ali bin Abī Tālib
↳ He was titled this after Prophet ﷺ found him sleeping on the group and his clothes were covered with soil – hence: “Father of Soil”.

▪️Jalājlī; title of:
Mūsa bin Ḥasan, he was titled this due to his loud, bell-like voice.

▪️Ḥimdān; title of:
•Muhammad bin Sa`īd – Isbahāni – Abū Ja`far [From amongst the shuyūkh of Imām Bukhārī] •Ahmad bin `Amr – also known as Himdān bin `Amr – Baghdādī
[Bukhārī has narrated only one ḥadīth from him under the tafsīr of sūrah Māidah] •Aḥmad bin Yūsuf – Naisāpūrī

▪️ Abū ar-Rijāl; title of:
Muḥammad bin Abdur Rahmān al-Ansārī
↳ Has become famous with this title due to the 10 children he had, that were all males – thus: “The Father of Men”

▪️Safīna; title of:
Mihrān, Abū Abdir Rahmān
↳ From amongst the servants of RasulUllah ﷺ.
He was given this title because on one occasion whilst he was on a journey with RasulUllah ﷺ, they stopped by a hill (or lake), and he helped some of the people by carrying them over the hill (or lake). Seeing this, RasulUllah ﷺ called him by this title meaning – ship.

▪️Tā’wūs; title of:
Zakwān bin Abī Hanīfah (some scholars say his name was in fact, Tā’wūs)
→Yaḥya bin Ma`īn says: “He was given the title Ta’wūs because he was the best-looking (like the beauty of a peacock) of the qurrā”.

▪️?Ghundar; title of:
Muhammad bin Ja`far al-Basrī
→Mentioned in Siyar: Ibn Jurayj (رح) is the one who had given him the title ‘Ghundar’, due to the fact that Ghundar would always bother and annoy him whilst taking hadīth from him. i.e., by questioning him excessively. After hearing this, Muhammad bin Ja`far loved being called by the title ‘Ghundar’.
→Ahmad bin Hanbal (رح) says that Ghundar said: “I clung to Shu`bah for 20 years”
→Yaḥya bin Ma`īn says: “He (Ghundar) would fast one day and eat another; for 50 years”
→He was the best writer, however, he was forgetful as much. He says: “I fast, and whilst fasting, I eat 3 times forgetfully, then I complete my fast”.

▪️Ghunjār; the tile of:
Īsā bin Mūsā al-Bukhārī
→Imām al-Bukhārī (رح) has quoted him in the beginning of Kitāb Bad’ul Khalq and said: عيسى عن عقبة

▪️Qabṭī; title of:
Abdul Malik bin Umayr al-Lakhmī رحمه الله
→ He was known with the title ‘al-Qibṭī’ because he would be attributed to a horse that he owned that was strong and outstandingly fast during races.

▪️al-Mājishūn; title of:
Ya`qūb bin Abi Salamah رحمه الله
→ Ibrāhīm al-Ḥarabī says: he become known with the title ‘Majishūn’ that was originally a Farsi word which meant: rosy; red. He was called with this title because of the rosy cheeks that he had.
▪️Mishkdānah; title of:
Abū Abdirahmān, Abd Allah bin Umar رحمه الله
→ He was asked why he had been given this title to which he replied: “Wallahi it wasn’t but Abu Nu`aym (فضل بن دكين) that called me with this title. I would attend his gatherings after dressing and perfuming myself, and when he would see me, he would say ‘the mishk-danah is here'”.
‎▫️وعاء المسك → مشك دانة → container of musk

▪️an-Nabīl; title of:
Abū `Āsim Dhaḥḥāq bin Makhlad ash-Shaybānī رحمه الله
→ It’s mentioned that he’s been given the title an-Nabīl (the high-minded; the noble) because on one occasion, an elephant had come to Basra (where it normally is not seen), and all the people of Basra rushed to see the elephant, except Abū `Āsim. Ibn Jurayj رحمه الله asked him: what is with you that you don’t go to watch? Abū `Āsim replied: “Other than you (the ḥadīth I learn from you), I have no need for anything”. Hearing this, Ibn Jurayj رحمه الله said: “You are an-Nabīl”
→ Some say as mentioned in Siyar, he was given the title an-Nabīl because his nose was somewhat unusually big. When he met his wife in seclusion and intended on kissing her, she exclaimed: “move your knee from my face!”. He said: “it’s not a knee, it’s a nose.”
→ Some say: He would were pricy clothing and when Ibn Jurayj رحمه الله would see him, he’d say: “The nobleman has come”.

Written and compiled by TheHadithDisciple

Mishkat al-Masabih: The Criticism Of Some Of Its Narrations

A Reading List of English Books in Hadith Studies

Learning from a Teacher & the Importance of Isnad

The Teaching Method of the Prophet (peace be upon him)